No Harris, No Problem

A fight broke out at the end of the Jaguars 35-28 win over Houston, leading to 4 player ejections.

Return of the King

Bengals QB Joel King threw 3 TD and led the Bengals to an upset win over Pittsburgh on TNF.

Falcons RB Bradley Cooley clinched a win for Atlanta over Dallas on Monday Night with a 44-yard rushing TD to cap off overtime.
Sign in to follow this
Followers 3 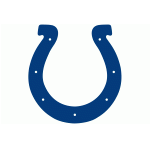 Before The Wars: Nation Role Playing Game Information and Sign Up Thread.