What Can Brown Do For You? 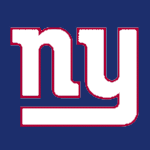 By Hagan,
March 10 in Owner Resolution Co-Sponsorship and Discussion