Rookie Report: A Brief Look at the 2025 First Rounders Through Week 9 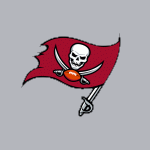