How would you grade your team's 2025 draft so far? 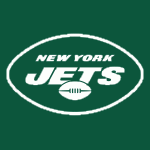 By Jumbo,
January 17 in Daily Discussions